OLFACTO-VISUAL COMMUNICATION
Noailles market place embodies the gritty, chaotic, everyday, non-tourist, multi-ethnic life of Marseille and for this reason it was selected as the starting point for olfactory discovery of the city.

For 4 days in February 2015 12 groups of DSAA1 (Design Studies) students smellwalked 12 separate pre-allocated 30 degree geometric sectors, sniffing, seeking and recording. In their groups of 4 they created performative, experiential ‘mappings’ of the olfactory spaces of their findings. Individual mappings were combined as a whole revealing a range of interpretations; from illustrative to conceptual, from poly-sensorial to interactive.

1 o’clock : explored the movement of smell discovering and depicting its unruly qualities in their narrative mapping of a smellwalk. Their mapping reveals the intensity of the diesel fumes along the main streets over the transparent layerings of other city smells (including ‘warmth’, ‘dust’ and ‘mint tea’) seeking to escape the confines of any artificial boundaries

2 o’clock : created a conic datascape based on the length, intensity and location of detected smells revealing a increasing intensity and length further from Marché de Noailles – less olfactory rivalry? Tracing paper was placed between the harsh edges of the panoptic street plan to represent the blurred edges of the space where smells intermingle

3 o’clock : identified 4 levels of olfactory existence in the city; underground, street level, human level and airborne. They used this structure and the concept of ‘pre-visible’ smells to generate a data sculpture of smell zones that they all perceived using colour value to indicate length of the smell (high value = short, low value = long)

4 o’clock : investigated the materiality of smell sources inclusive of the subject space being investigated. They asked local market stall holders and shopkeepers to identify exemplar odours and worked with the donated smell sources to generate a cross-modal, experiential mapping, transcribing smell into tactile form. The mapping reveals vast areas of smell voids and also where smell ‘textures’ overlap

5 o’clock : developed their own variation on the methodology of smellwalking by taking it in turns to temporarily lose their senses of sight and hearing, identifying the smells through a single input channel. They used this concept of hide/reveal through an ephemeral interactive mapping

6 o’clock : highlighted the lightness of smell and envisaged how they might overlap through a delicate, fragile datascape. A tightly controlled mesh of smell intersections place the human within the space and use height as an indication of smell intensity. The reverse side of the map is less structured and possibly more poetic as a result

7 o’clock : read the smellscape as a collection of 5 interconnecting olfactory trajectories with varying degrees of intensity. They represented this with thread dyed and painted to create the variegated sensation. Another instance of multiple angles; as a viewer you can take the panoptic approach or imagine yourself tangled inside this web of airborne trails. Humour punctuates adding a narrative component with verbatim ‘conversations’ unfurling at points on the map

8 o’clock : exposed general olfactory zones in their sector detecting ‘work and fried food’, ‘dust and washing-up liquid’, ’sewers and harbour water’. Their mapping response was to return the question of olfacto-visual connection back to the user by asking them to imagine the olfactory perception in a quadrant as an inked texture and to place it on the map. What patterns will emerge?

9 o’clock : played off the land/sea binary and built a busy highway of smell pennants along the harbourside. Broad smell categories used were: restaurants and bars, tourism, humans, vegetation and the maritime. The pennants, designed to blow in Marseille’s winds diminish in colour intensity the further from the source they flee

10 o’clock : created an olfactory ‘in-between’ space where smells hover in cloud formation above your head and also appear as puddles of diffuse colour on the ground. Uncertainty about the connection and its subsequent tension is a particular feature of this approach. Do the smells drop form above or rise from below?

11 o’clock : reframed the experience of smell perception as light and shadow using cartographic, navigational conventions. The user is presented with unarticulated forms of buildings where smells were detected. On each building a coded form of grid reference indicates a way into a transduced smell experience

12 o’clock : translated their smell perceptions into a mass of floating forms. This abstracted datascape has a surface of its own, a body and materiality; tarnished and dirtied, translucent and opaque. Without any reference to the grid of the city this smellscape is deliberately and provocatively ungrounded

Exhibited:
2019 – “You are here” on tour curated by Paula Williams 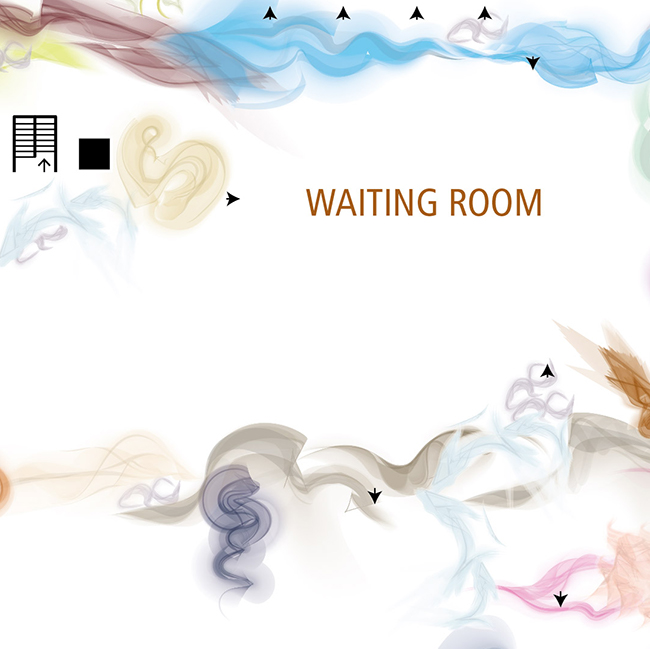 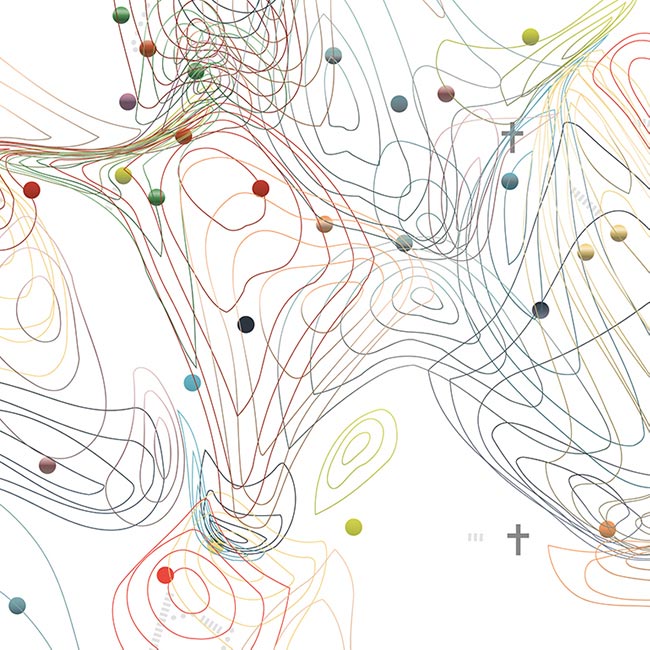 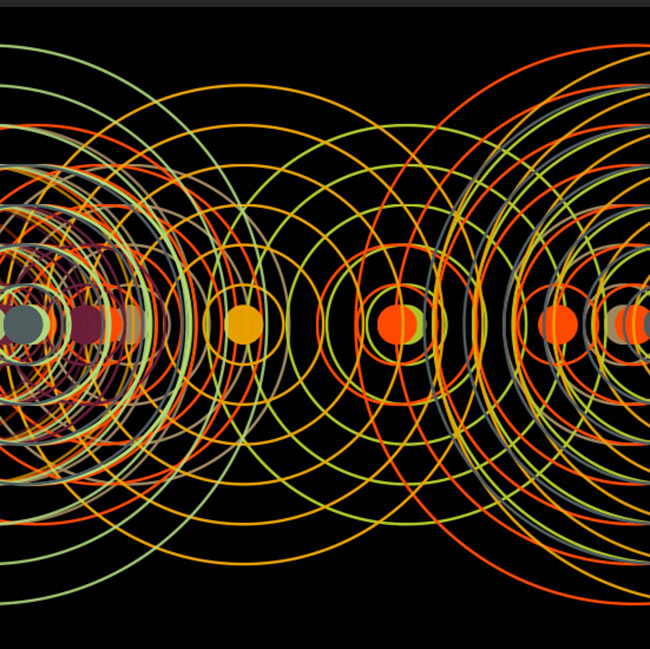 Temporalities of the Smellscape: Kyiv